A quest that alternates between reality and fantasy. Peter Pan on speed for 12+ and up.

What do you want to be when you grow up? A fire fighter? A football player? An accountant? Mum or dad? A magician? An influencer? Or a pilot still? Anything is possible on the playground. Children let their imagination run wild and determine the rules of the game themselves. 'You are the pink Power Ranger and I am the blue-grey-white one. They don't exist, do they? Well, now they do.'

SOLO deals with the search for your own identity. Using the superpowers of the playground, the main character discovers who he wants to be. A conductor? Or perhaps a DJ? A breakdancer? Or maybe a businessman? A doctor or a patient - or both?

Hyperfantasy*
Robbert Vervloet stays true to the patchwork style of Terminator Too (think cardboard racing cars, a Batman suit made out of cereal boxes and Decathlon dinosaurs) and pulls you into his hyperfantastic world, in which a character tries to get a grip on who he is - or at least thinks he should be. In all his childlike fantasy, things sometimes fail grandly, but even the impossible is within reach.

*It's a thing. Just Google it. 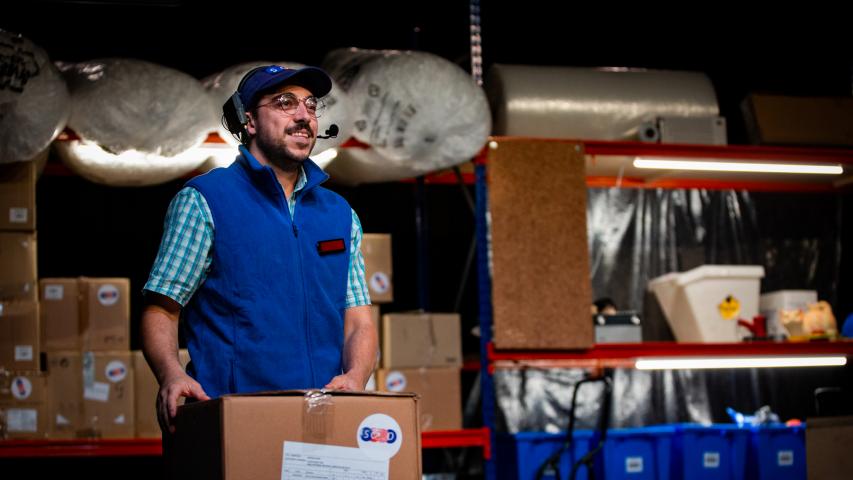 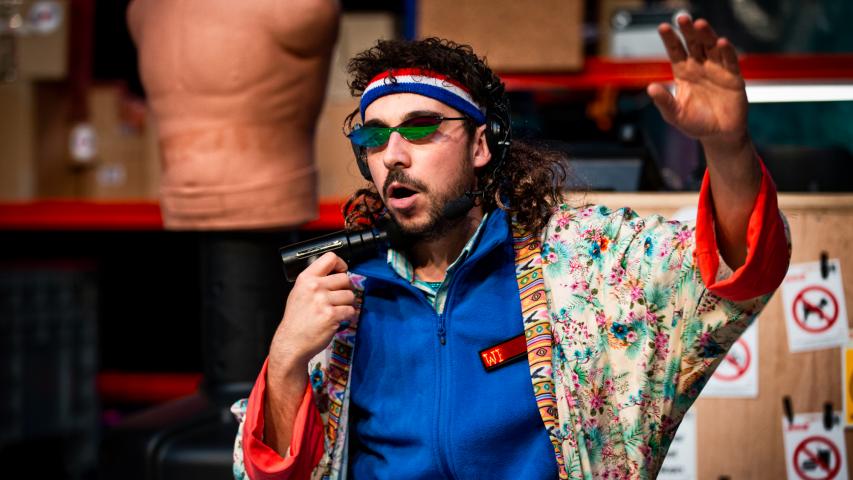 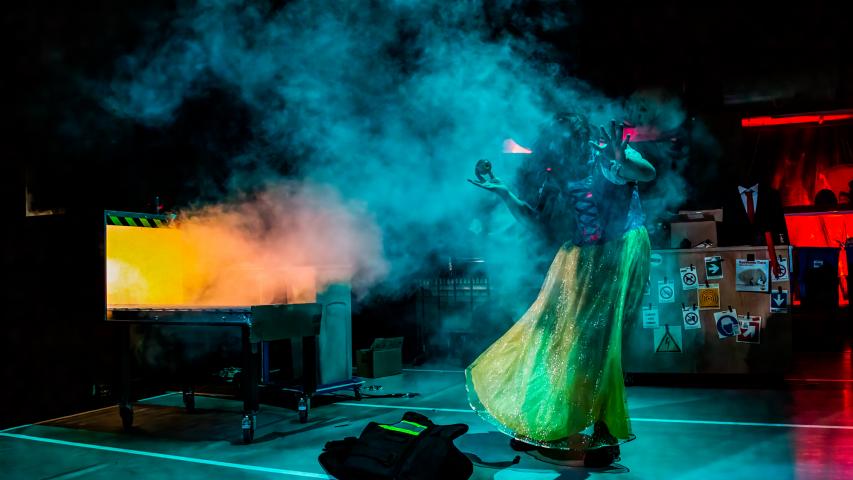 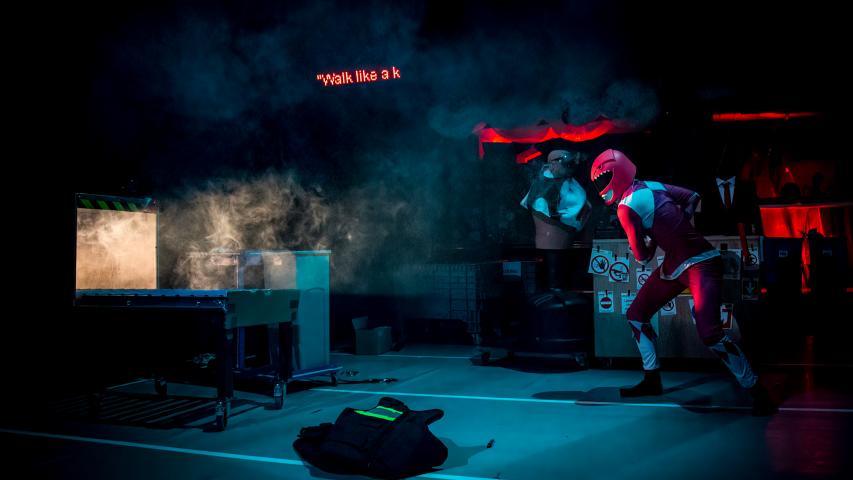 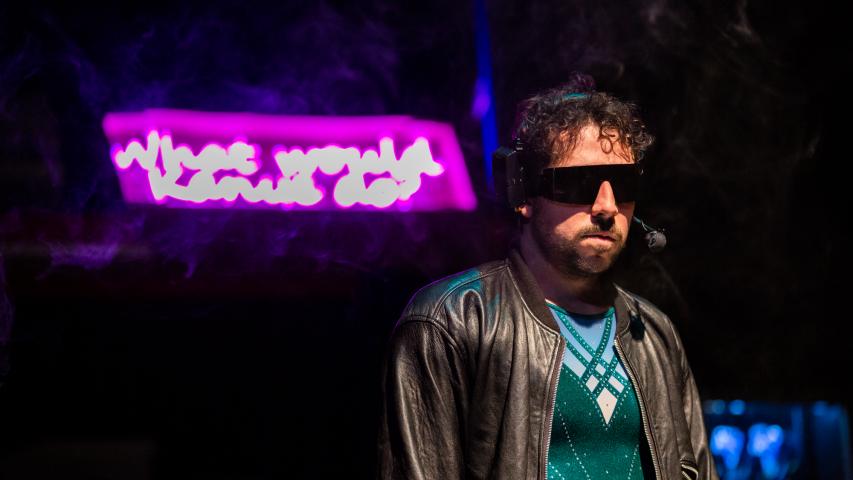