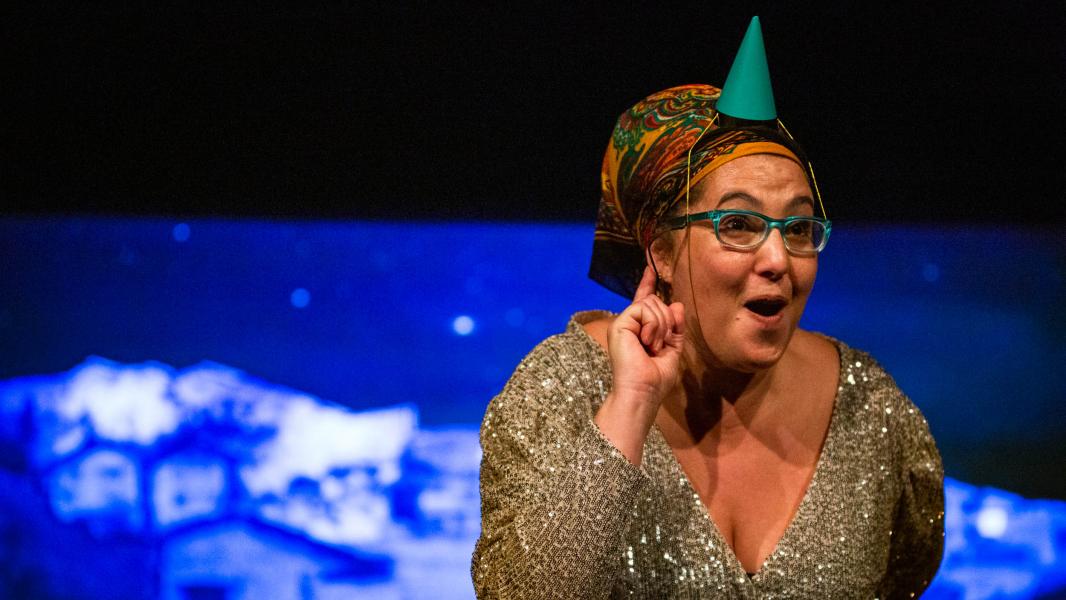 Yamina is eight years old and dislikes birthday parties. When her grandmother Zohra turns 70, her mother Fadila throws her a surprise party. But grandma Zohra is not a party animal at all and the party turns into a big fiasco. Yamina wonders why grandma Zohra, like herself, doesn't like parties. Together, they go on a journey through grandma Zohra's memories, looking for the answer. Memories of Algeria where grandma Zohra was born, of trees full of olives, of Bakri the donkey and of grandma Zohra's journey to Belgium.

Zebarbar touches on a beautiful and sensitive theme: the secrets of grandparents and the special bond that exists between grandchildren and their grandparents. In February 2021, an online version of the play was performed in the libraries of Brussels and it turned out that the theme had touched all the children. The conversations afterwards were lively and intense. Many children from migrant backgrounds have to deal with a rupture in their family history: grandparents who left everything behind and had to build a new life in unfamiliar surroundings. Every family has its own fracture or trauma, and every family deals with this differently.

De Studio works together with ZEBARBAR to tell new stories in a super-diverse society. The connecting power of stories and theatre colours the palette of imagination in the city.