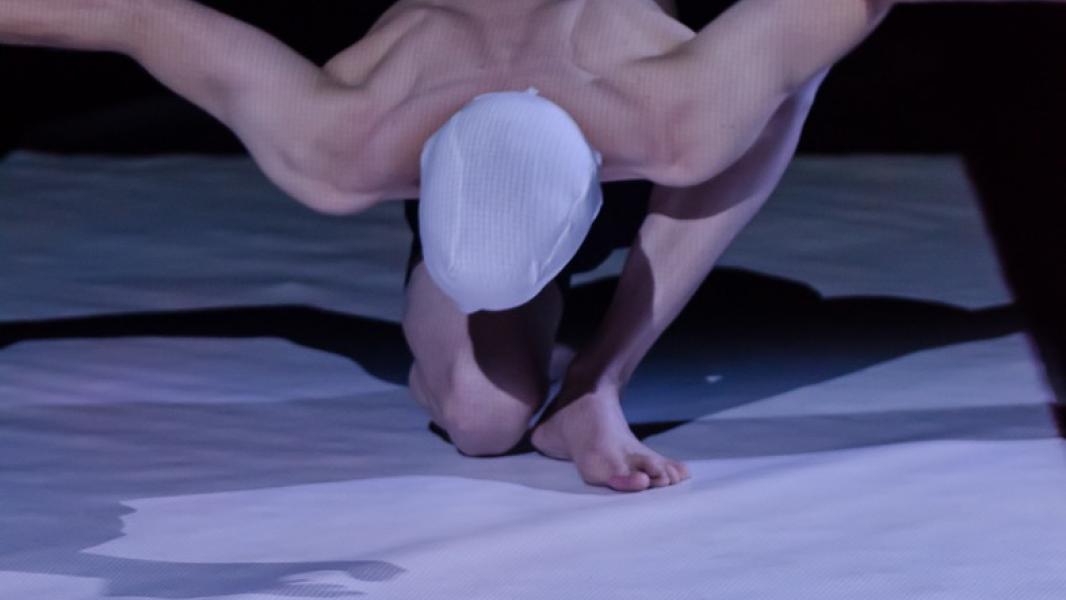 Nr. 10 is a trilogy based on the Aztec human sacrifices. In ancient times mankind wanted to control the unintelligible nature with the use of rituals. What role can a ritual still perform today? What was/is the use/profit of the sham control of a ritual? And what role can technology play in a modern ritual? This second part focuses on the Aztec ritual in which they offered children above a river in order to obtain a better harvest. The biggest inspiration was a sentence written by Hernan Cortes in which these offers are mentioned. “y que les tomaba sus Hijos para los matar, y sacrificar a sus Ídolos.” ...and he took their children to kill them and to sacrifice them to their gods. Nr. 10: B combines an installation and a performance The audience enters the basement, one by one, and walk through the empty corridors. First the sentence of Hernan Cortes is written on the wall with blue children’s chalk. At the end of the corridor a naked baby appears to be lying alone in the dark. After a long walk they reach the final stage of the installation-performance. A 3 hours performance that consists of 3 parts. “The consecration of the room”: a choreography in which a body and the projection go into a dialogue with the architecture of the space. “The surrender”: a body is prepared to be sacrificed. “The sacrifice”: a body is suspended in the void. Projection changes the form of the body and the space. 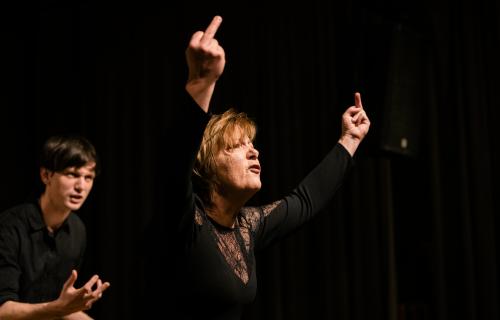 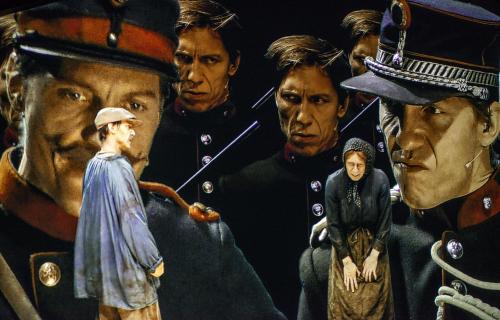